Vpon JAPAN has recently participated in the seventh “National Park Official Partnership” online ceremony and awarded the certificate of partnership on behalf of Vpon from the Minister of the Environment of Japan, Shinjiro Koizumi. The partnership aims to promote the Japan’s national parks to domestic and inbound travelers, and to revitalize the areas where national parks are located. 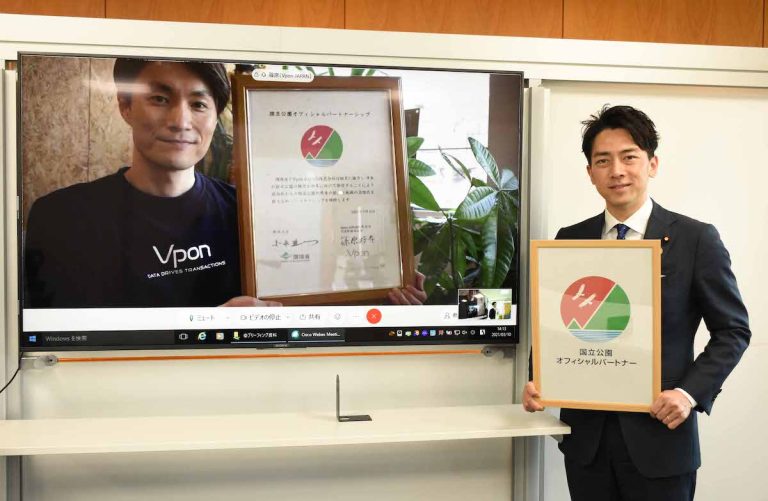 On 10 March, the Ministry held its seventh “National Park Official Partnership” ceremony online. Vpon’s Chief Strategy Officer and Vpon JAPAN General Manager, Yoshitaka Shinohara, awarded the certificate of partnership on behalf of Vpon from the Minister of the Environment of Japan, Shinjiro Koizumi.

Vpon Leverages Specialized Data Capability to Elevate Japan’s National Park Attractions
Vpon is capable to collect and analyze Asian traveler data which are exceptionally strong in Taiwan, Hong Kong and Mainland China. Further, Vpon identifies and tracks travelers who visited national parks in various regions of Japan before COVID-19. By such, Vpon can spot and analyze traveler profile in terms of behaviours and interests, then to disseminate information with customized messages to potential travelers who may visit Japan and specially its national parks after the pandemic.

About Official National Park Agreement
The Ministry of the Environment of Japan often collaborates with private companies and organizations aiming to promote to the world the beautiful landscape of its national parks which Japan is proud of. The collaboration also aims to promote the charm of attractions and to increase the number of travelers from Japan and abroad. In light of this vision, the partnership between Vpon and the Ministry aims to deepen the parties’ understanding of travelers from both Japan and abroad, specifically acknowledging their engagement with natural environment and revitalizing regions where national parks are located. 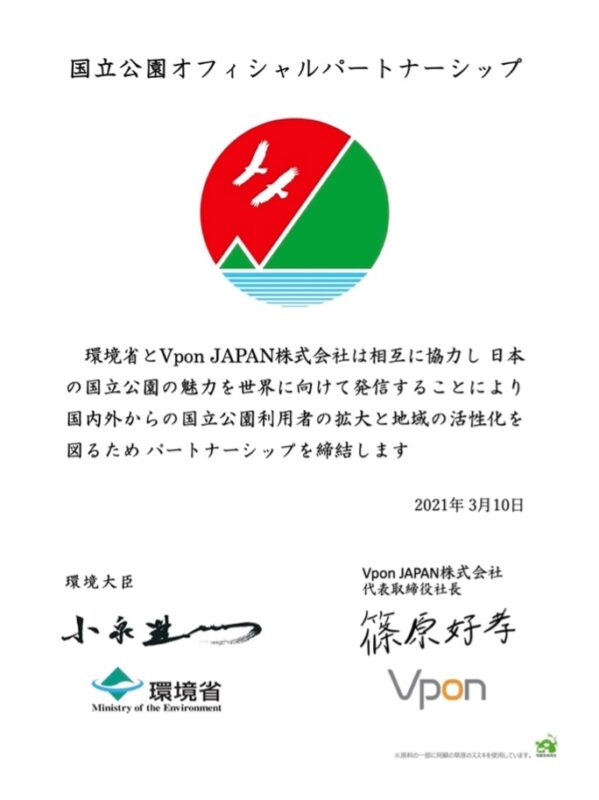