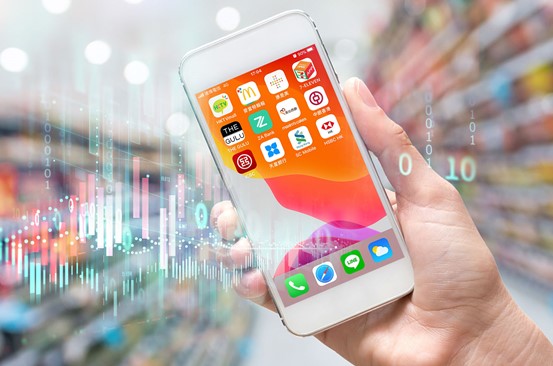 Since the Hong Kong Monetary Authority (HKMA) granted eight virtual banks licenses earlier in 2019, virtual banks have actively pursued traditional banking market in different ways. Compared with traditional banks, opening a virtual bank account is simpler and faster with a more attractive preferential interest rate. This bring us to a question: How Could Traditional Banks Survive in Future Financial Market?

Among virtual banking apps, Virtual Bank A achieves the most outstanding performance in the apps market. Virtual Bank A introduced a demand deposit offer to attract prospective users on the same day of their official launch in early 2020. In the first week of its opening, Virtual Bank A’s market penetration continuously to rise and started to soar at the beginning of June, rising by 1.26 percentage point within two months, surpassing traditional banking apps (see Figure 2). This might relate to Virtual Bank A taking the opportunity of the Government’s Cash Payout Scheme to offer attractive promotional package, which directly induces a higher installation rate of 0.78% (see Figure 4).

leading to a continuous rise in market penetration rate. 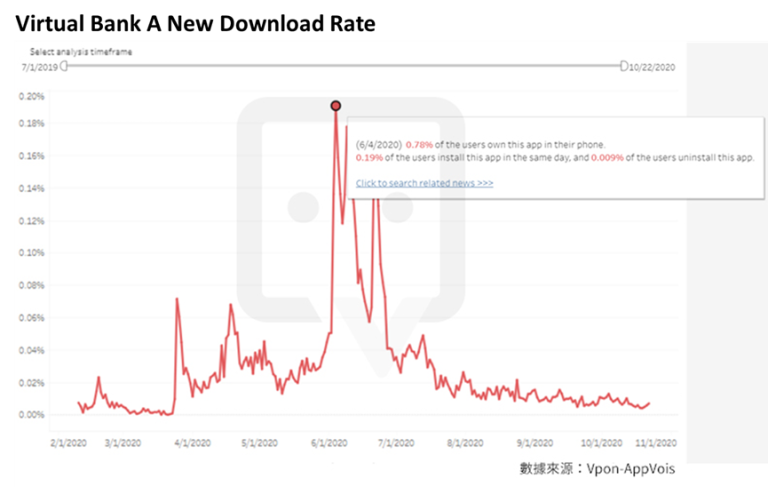 Virtual bank B might have launched its business later with market penetration rate lower than Virtual Bank A and other traditional banks, it already has 0.87 percentage point increase in market penetration just within three months, outweighing some second-tier traditional banks with only 0.81 percentage point of increase in the same period (see Figure 5). 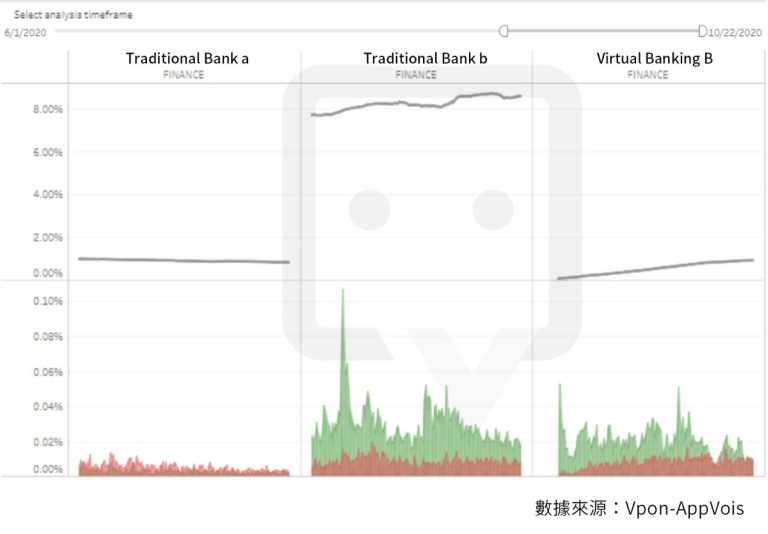 Figure 5: the market penetration rate of Virtual Bank B increases 0.87%d which is higher than some of the traditional banks.

Take Virtual Bank A and Virtual Bank Bas examples, virtual banking app user’s preferences have significant differences. According to the AppVois platform, the top 10 apps that Virtual Bank A app users tend to install belong to the banking and financial industry (see Figure 6), including other virtual banks and traditional banks, as well as investment and securities related. It may indicate that these users are apparently interested in financial products and investment services. 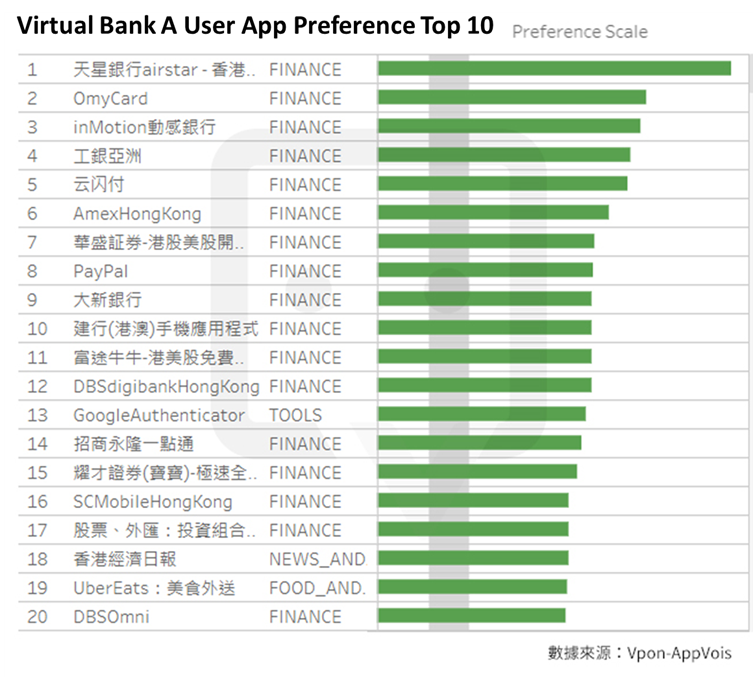 Contrastingly, the app user preferences of Virtual Bank B are more diversified. Financial and banking app only account for 5 out of the top 10 in the overall app ranking, others include gaming and social apps such as Dust Settle 3D (ranked 7th) and 17 LIVE (ranked 10th) (See Figure 7). These are more commonly installed by young audience. It may indicate that the Virtual Bank Bs app users are not only confined to those interested in investment and wealth management, but also tends to be the younger generation. 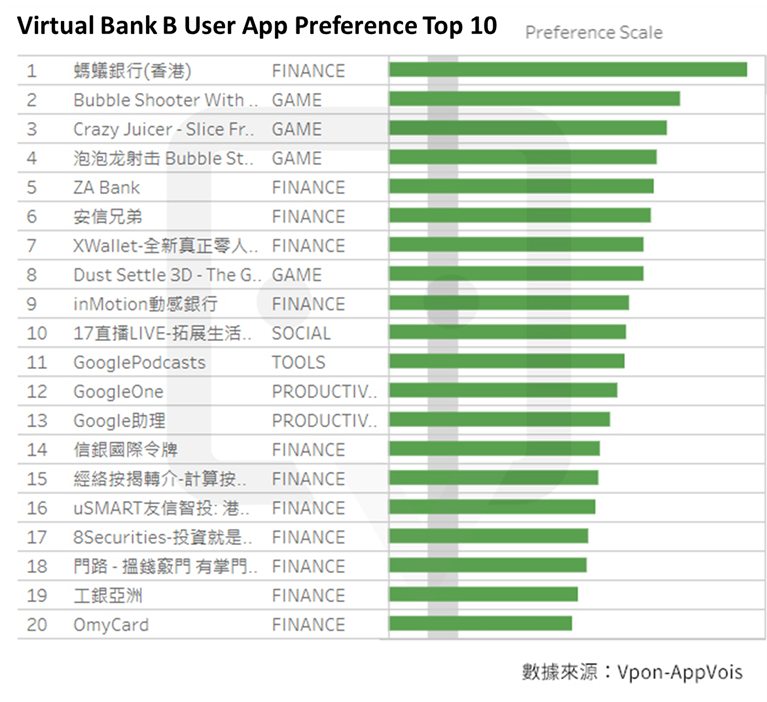 Even though these apps belong to the virtual banking category, users of different virtual banking apps may have different preferences and dimensions. Utilizing big data technology could precisely analyze these user profile. The industry can leverage data insight to better apprehend user interest and market trends which benefits more cost-effective market strategies. Likewise, traditional banks could make use data-centric platform like Vpon’s AppVois to comprehend user profile of their own apps or even apps of other businesses, which help them define future market position and business decision.

The data provided in this publication are derived from Vpon’s database and pledges to comply with the requirements of the Laws of Hong Kong. We ensure compliance of our platform with the strictest standards of security and confidentiality.

The information and material contained in this site are for general references only. If you intend to rely on or avoid taking any action based on the contents of this publication, you are strongly suggested to obtain professional advice. Vpon makes no express or implied representation, warranty, or guaranty as to the accuracy, appropriateness or completeness of any information contained in this publication.

Please contact us if you have any further enquiries. (marketing@vpon.com) 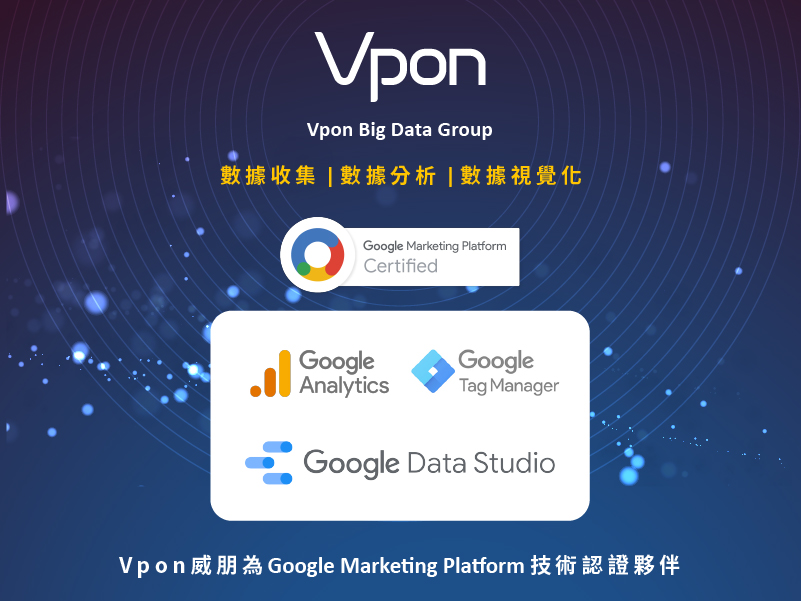 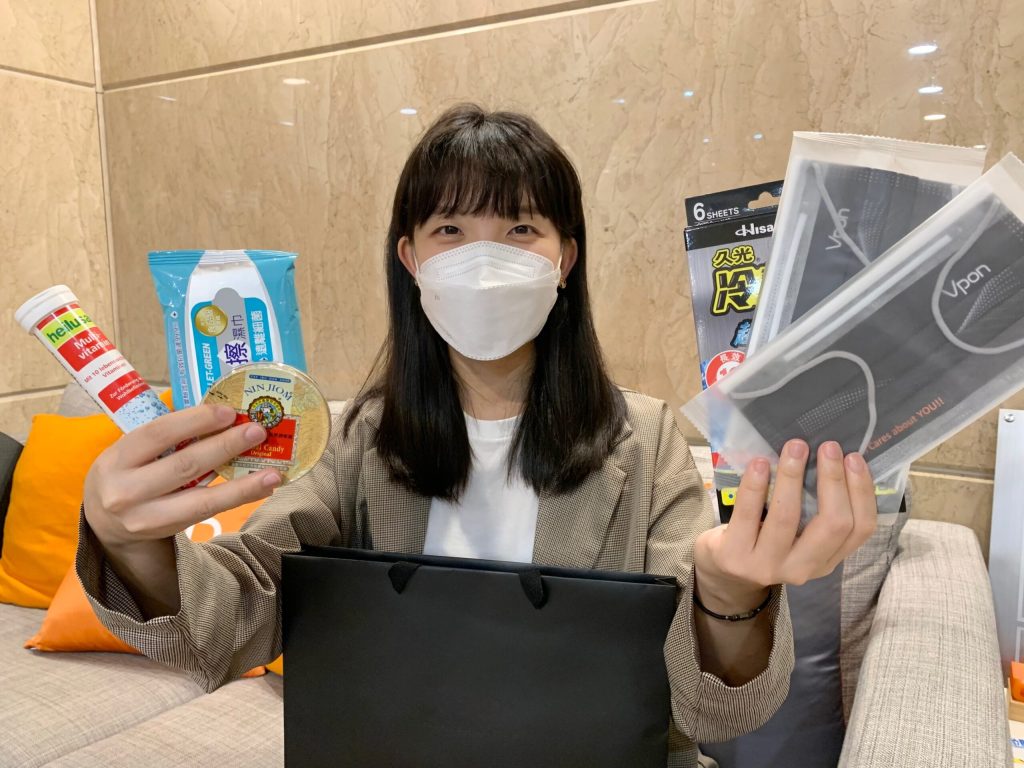 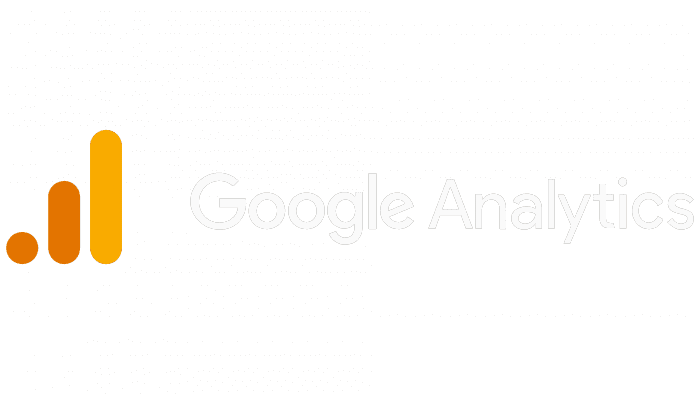